A Blue Star Mom Inspired By a Gold Star Mom

Blue Star Mom Linda Kelly was approached by her son on Valentine’s Day, 2003. He said, “Mom, I’m joining the Marines.”  With her son in harm’s way, Linda wanted to put her anxious yet proud energy into

work creating media attention on the home-front to better appreciate our deployed troops. Linda wanted to somehow use her lifetime career of award-winning graphic design and photography.

In June of 2005, Linda’s son came home without 13 Marines from his unit. She then went to a  fundraiser in Madison, Wisconsin for injured Marines and to pay tribute to the fallen heroes from her son’s unit. Mother of fallen Lance Corporal Shane O’Donnell stated, “We want recognition and remembrance.” Peg O’Donnell’s memorable statement sealed Linda’s concept on how to help Americans never forget those who have made the ultimate sacrifice to defend us and our country.

Since the launch, Gold Star Mom Peg has been with the ONF team as an adviser, and she volunteers at ONF warrior events.

From Campaigns… to Retreats and Workshops

The vision grew beyond awareness campaigns. Linda knew that there would be something therapeutic about sharing her love for the wilds of Montana. January 2011, ONF offered an inclusive winter outdoor recreational retreat to 42 veterans plus their caregivers in Big Sky called SPORTS, AFIELD & STREAM (S.A.S.). In July 2012, a summer S.A.S. retreat followed offering another 50 guest warriors lifetime experiences, comradeship, empowerment and hope.  In addition to the adaptive outdoor sports activities provided, the retreats gave away trips for big game hunts, fishing, wilderness adventures, hot air ballooning and cattle ranch 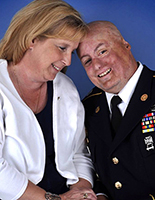 ONF then expanded the vision to reach more veterans locally in their hometowns.  More convenient locations for post-traumatic stress workshops were developed called, A-HEAD OF HEALING.

Sergeant First Class (Retired) Mike Mills joined the ONF team as Warrior Program Director and his wife Suki is a Caregiver Supporter. ONF continues to bring healthcare professionals, mentors and other supporters together for veterans and caregivers in their local communities.

Suicide Prevention Awareness… Fight It Together! 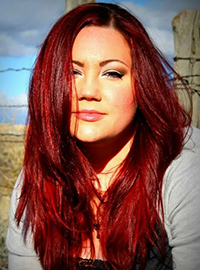 Katie Chrzanowski joined ONF as the Suicide Prevention Awareness Director.  She is a family survivor of her late fiancé 1st Lieutenant Matthew Szymanski. Katie’s giving heart and positive outlook on life sets an example of resiliency for all surviving families and friends. Read more about Katie.

Join us in the fight to change the painful statistic of 22 veteran suicides per day!  DONATE or VOLUNTEER!

Celebrities Who Have Supported ONF

In 2007, Linda recruited iconic songwriter/singer Lee Greenwood, famous for his hit, “God Bless the USA,” to become ONF’s Spokesman. He contributed to ONF for 7 years.